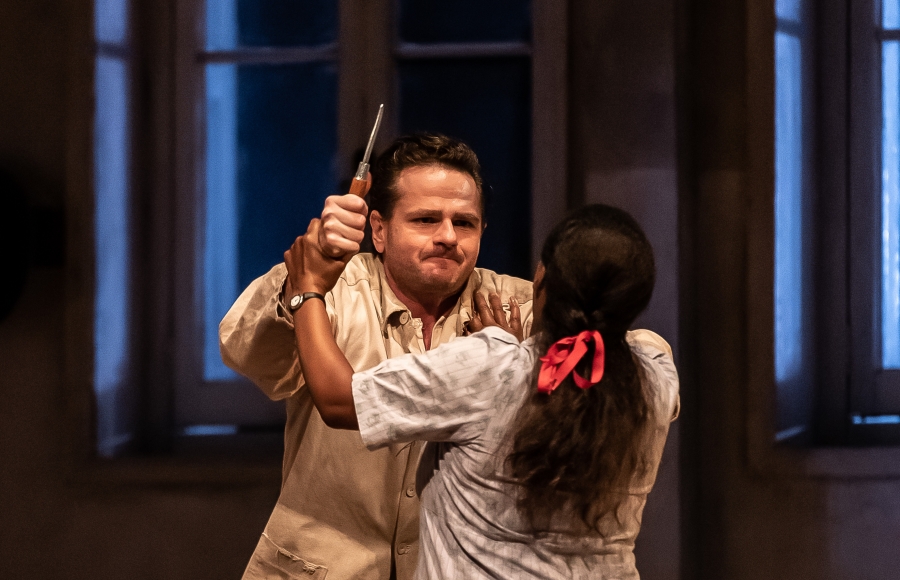 A Czech conductor in Cardiff

an opera about love and marriage, is a sort of counterpart to Smetana
‘
s bartered bride. As Kafka’s friend and executor, Czech-German-speaking writer Max Brod, wrote, Janaček is “Smetana in the minor key.” He was the composer
‘
s first international success: a tragedy of love, jealousy and loss in a family setting, giving voice to human nature, time and forgiveness.

The story, based on a play by Gabriella Preissov
a
created in 1904, begins with the fact that Jenufa is in love with her cousin, the sweet Števa, who got her pregnant. The key to the drama is the Kostelnička (sacristan of the church), mother-in-law of Jenufa and aunt of Števa. Her half-brother Laca has loved Jenufa since they grew up together. In a fit of jealousy, Laca deliberately slices Jenufa across the cheek to make the unworthy Števa reject her.

The Kostelni
čka confines pregnant Jenufa to the house, pretending she is on a trip to Vienna, and after the birth brings Števa to see her son. When he rejects the baby, she turns to Laca and rushes to kill the baby so that there is no obstacle to his acceptance of Jenufa; later, she tells her stepdaughter that she died while sick with a fever. Jenufa accepts this, but when she and Laca celebrate their upcoming wedding, a dead baby is discovered under the melting ice, and Jenufa is blamed – until the Kostelnička finally admits everything.

Janacek
‘
The music of elevates this tragedy to gripping intensity, given tremendous effect under the direction of WNO
‘
s musical director Tomaš Hanus, who is Czech. With the recent bloody Russian invasion of Ukraine, Czechs feel the pain viscerally in terms of their own history. In 1968 Czechoslovakia was invaded by the Soviet Union which Putin is trying to re-establish, and before starting the performance Hanus addressed the audience saying:
“
To leave
‘
s play today for all
humanity
.” The orchestra responded with great emotion and energy, playing Janaček as if their lives depended on it.

The singers too gave their all, with Elizabeth Llewellyn a lyrical and angsty Jenufa, with Rhodri Prys Jones as her handsome, beloved but reckless and unpredictable Števa. Ms Llewellyn was extremely dramatic when she felt something had happened to her baby and showed tremendous pain when she realized her beloved Števuška was dead. As Laca, Slovak tenor Peter Berger delivered tremendous passion and lyricism, and as Kostelnič
ka, Czech soprano Eli
š
Ka Weissov
a
almost sang everyone offstage with his powerful and determined presence.

In a terrific performance from this Katie Mitchell revival
‘
s sensitive production
, several members of the WNO choir contributed very fine solo roles, and Sian Goronwy made an impressive bass as mayor. When it was all over and we were freed from the intensity of the drama, the conductor again addressed the audience asking for a moment
‘
s silence for the suffering of Ukraine, and the audience stood up. An unforgettable night.


A message from the article

We’re the only publication committed to covering all angles. We have an important contribution to make, needed more than ever, and we need your help to continue publishing throughout the pandemic. So please donate.