An international film festival in your backyard

Canes. Sun dance. Ithaca? When you think of international film festivals, some big cities like Venice, London and Berlin come to mind.

But did you know that for 25 years, Ithaca has hosted the Finger Lakes Environmental Film Festival (FLEFF)?

The Finger Lakes Environmental Film Festival was started in 1997 as an outreach project of Cornell University’s Center for the Environment. Always dedicated to films with a message, the festival, under the direction of program director Christopher Riley, has grown to become a major regional event in central New York.

In 2004, Ithaca College was the main sponsor and host of the festival. In 2005, the festival moved permanently to Ithaca College, as a program to connect intellectual inquiry and debate to larger global issues.

At Ithaca College, the festival has grown from a regional event to a national and international event. It has also expanded beyond film to feature new media, art installations and exhibitions, music, scholars in many disciplines, archives, writers, filmmakers, artists, activist musicians , policy analysts and public health professionals.

According to their mission statement, the festival embraces and questions sustainability in all its forms: economic, social, ecological, political, cultural, technological and aesthetic. The festival is in line with the spirit of UNESCO’s initiative on sustainable development. This initiative redefined and expanded environmental issues to explore the international interconnections between war, disease, health, genocide, land, water, air, food, education, technology, heritage culture and diversity.

These values ​​have been highlighted this year, with Russia’s aggression and war against its neighbours, the Ukrainian people. According to their website, “Joining film festivals around the world, FLEFF stands with the people of Ukraine as the Russian President invades their country. Unarmed civilian populations in kyiv, Kharkiv, Odessa and other cities in Ukraine are under attack in the largest military operation in Europe since the end of World War II. To deal with this crisis, the festival has created a resource page with listings of Ukrainian films, videos, literature and music that seek to shed light on the history of the conflict as well as inform about the rich cultural heritage of the Ukrainian people. 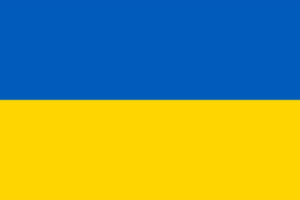 This year 25and The anniversary theme “ENTANGLEMENTS” explores how different environments, ideas, imaginaries, places, policies, practices, registers and species twist and intertwine. When asked why the event had pivoted to draw more attention to the situation in Ukraine, festival director Patricia Zimmerman (Charles A. Dana Professor of Screen Studies at the Roy H. Park School of Communications in ‘Ithaca College) commented, “For those of us at FLEFF, the world is our why, and right now we feel we wouldn’t be responsible as a film festival if we ignored the Russian war in Ukraine. . We stand with the Ukrainian people, with these lists, and also, by asking our festival guests to consider war in their presentations so that we can open the discussion on this world-changing crisis.

The 90% virtual event that runs from March 21 to April 10. documentary and narrative feature films from around the world, including Argentina, Bulgaria, Canada, Chile, Czech Republic, China, France, Hong Kong, Israel, Kosovo, Morocco, Niger, Rwanda, Tunisia, the United Kingdom and the United States will each have a week of broadcast on the Eventive platform via Cinemapolis, a key partner of the festival.

Thirteen interactive, discussion-driven Zoom chats with filmmakers, archivists, activists, musicians, journalists and scholars from across the country and around the world are free and open to the public each festival weekend. Film screenings, which can be viewed anytime the previous week, are asynchronous to discussions.

The full list of movies, plus more details and previews can be read here.

All Zoom events Monday through Friday are free; all Saturday and Sunday talkbacks are free. Make sure you register in advance.

Tickets for both in-person and virtual screenings are $35 for a five-pass, $125 for an all-access pass, and $10 per individual screening. They are available for purchase through the Cinemapolis Event Portal. 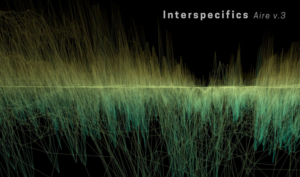 In addition to films, this year inaugurates an exhibition of new media art. This online exhibition, “Mapping Entanglements” focuses on five documentary and artist/artist collective projects that explore the augmentation of local places to produce new environmental thoughts, experiences and ideas.

Festival director Zimmerman sums it up while acknowledging the many people who make this event possible. “At 25 years old, FLEFF is the second oldest environmental film festival in the United States. This anniversary has such profound significance and meaning: first, that we have actually survived for a quarter of a century; and second, that this milestone would not be possible without hundreds of Ithaca College faculty, staff, students, and an array of filmmakers, artists, musicians, producers, writers, journalists, scholars, archivists, activists , partners and funders around the world. globe who helped bring our slogan, FLEFF: A DIFFERENT ENVIRONMENT, to life in fascinating, provocative and unexpected ways. »

The complete program is downloadable here. The event runs from Monday March 21 to Sunday April 10.