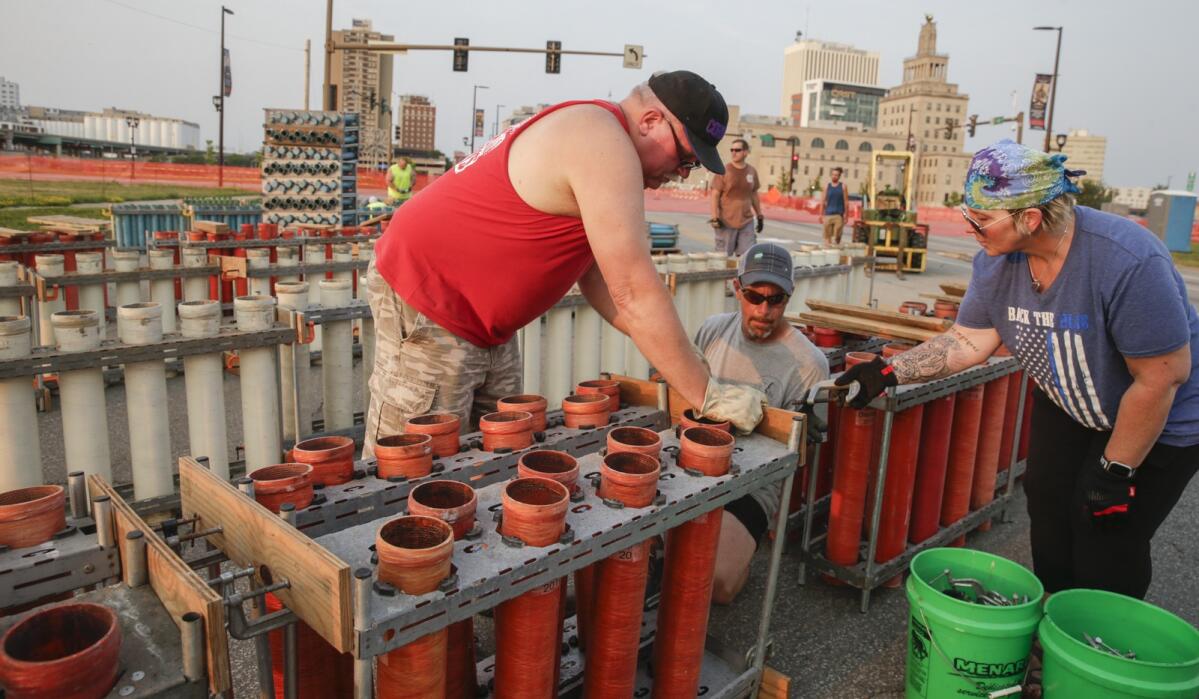 CEDAR RAPIDS – The Cedar Rapids Freedom Festival returns for its 39th year with location changes for many of its popular events, changes to ticket requirements for Balloon Glow and a new laser show.

The Freedom Festival, which runs from June 14 to July 4, brings back many highlight events including the Tribute to Heroes, Balloon Glow, Pancake Breakfast, a car show and fireworks.

The festival will begin on June 14 with a Wood carving demonstration at the NewBo City Market, where local artists will carve artwork from donated wood. The handmade works of art will be auctioned during the silent auction, available online June 16 and 17. The auction will end at 9 p.m. on June 17 at the in-person Heroes Tribute Benefit Dinner.

“Producing large events safely this summer will again be our No. 1 priority,” Freedom Festival executive director Karol Shepherd said in a press release on Wednesday.

With that in mind, a few changes are in store for this year’s events.

Where: View the full calendar of event dates and locations online at libertyfestival.com/events-calendar.

Cost: Freedom Festival badges will be available for $5 at Hy-Vee and Casey’s General Store locations around Cedar Rapids and Marion beginning May 27. Balloon Glow requires a separate $5 ticket for ages 9 and up, available at eventbrite.com.

This year Balloon Glow and Great American Kites, previously held midweek, will be held at Jones Park on the first Saturday of the festival. The event will feature a record 12 hot air balloons and music from The Breakfast Club, an 80s cover band.

For ages 9 and up, a $5 ticket purchase on eventbrite.com is required to participate – the buttons will no longer allow you to access Balloon Glow.

Freedom Festival buttons, which cover admission to most other Freedom Festival events, will be available for $5 starting May 27 at all Hy-Vee grocery and drugstores and Casey’s general stores in Cedar Rapids and Marion.

Due to the alleviation of flooding at the Czech and Slovak National Museum and Library, DockDogs was moved this year from its usual location to Kingston Stadium’s North Fields, in partnership with the Cedar Rapids Community School District. The canine event will run from June 23-26.

The Freedom Festival Parade returns to downtown Cedar Rapids on June 25, with children’s programming to follow in Greene Square.

The laser light showa new one-hour event this year, is scheduled for 9 p.m. on July 1 at Hawkeye Downs – included with the purchase of the Freedom Festival button.