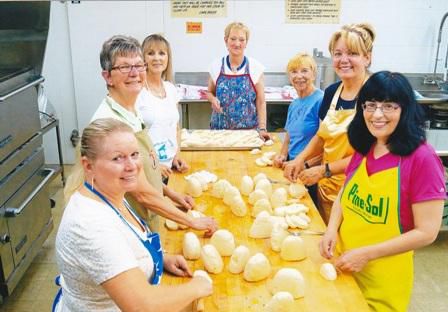 One of the largest ethnic festivals in the region is ready to once again pay homage to the motherland.

The annual Czech and Slovak Festival – one of Michigan’s largest – takes place July 16-17 at the Sokol Cultural Center in Dearborn Heights.

The festival returns after a two-year Covid-related hiatus.

“We’re Together Again” is this year’s theme with plenty of activities to support it.

Authentic cuisine, ethnic dancers, music, a baking stand, imported beer and spirits, and artisan touches of the homeland, including souvenirs, authentic crystal and Czech jewelry, can be found at of the celebration.

Organizers say ethnic dancers and buskers will make visitors feel like they’re in a cozy village in the Czech and Slovak Republic.

About 400 to 500 people attend the event each year to celebrate their heritage.

“It’s a great event, and it’s nice to see that people still care about their culture,” said Sokol Detroit member Thom Ouellette. “It’s great to see a culture of all types come together and remember their heritage. My mother and my grandmother were both born in Czechoslovakia but left during the war. I decided to join Sokol and find out more.

The Czech Sokol organization was founded in 1862 in what later became Czechoslovakia, now the Czech Republic and the Slovak Republic.

The Sokol culture appeared in the United States about 150 years ago in Saint-Louis. Based on the credo of founder Dr. Miroslav Tyrs, “A healthy mind in a healthy body”, the American Sokol emphasizes physical training in gymnastics and other sports, as well as cultural awareness and activities family.

Members of Sokol Detroit are busy in the weeks leading up to the festival preparing delicacies such as pierogi, dumplings for goulash dinners and Czech kolache cookies.

Entrance fees are $5 per day for adults, and children 14 and under are free.

HPU Choir performs in Austria for the Beethoven Choral Festival

On This Day in History – July 3 – Almanac