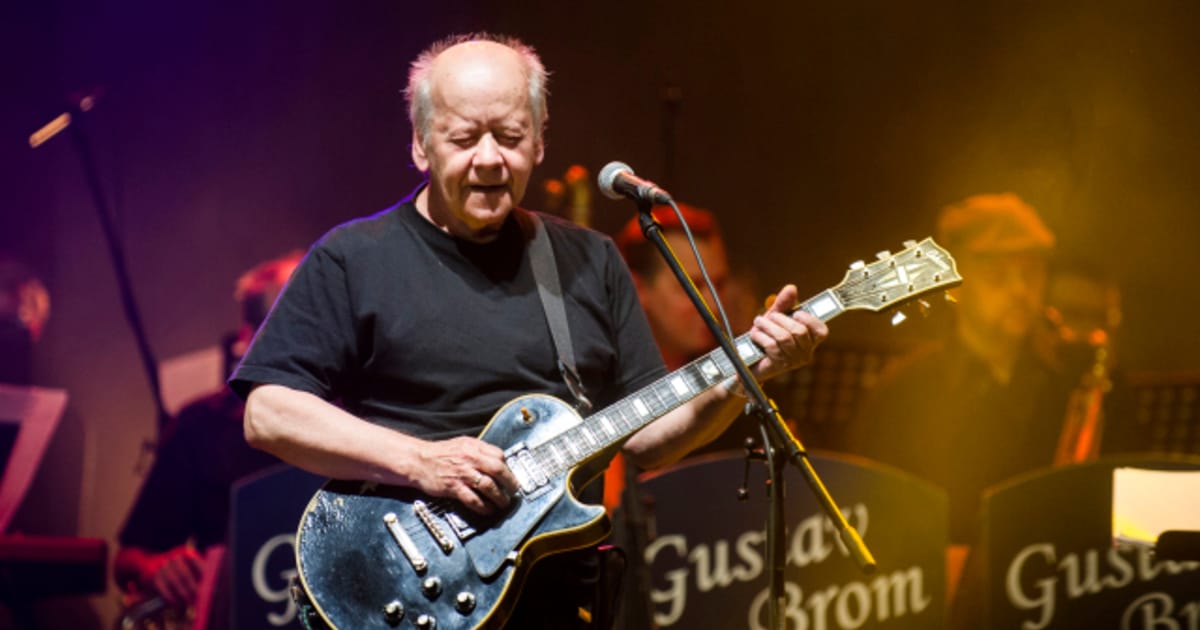 Radim Hladík is considered one of the greatest Czech rock guitarists of all time; his accomplished solo guitar skills are reminiscent of artists like Eric Clapton. In 2013, he spoke to Radio Prague and reflected on the musicians who had inspired him:

“The person who influenced me the most is Jimi Hendrix. He showed me freedom. For me, music is synonymous with freedom. I can’t stand clichés. Apart from maybe two songs, every time I play I improvise. The freedom in music is terribly inspiring – and that’s why I always appreciate it.

The Czech rock band Blue Effect with which Radim Hladík has played since 1968 has had countless members over its nearly fifty years of existence. Radim Hladík was one of its founding members and the only original musician who remained with the group as they continued to perform in front of audiences until last October.

The Prague musician studied classical guitar in his youth, joining his first group, Komety, in 1963 at the age of 15. Hladík had his first success as a musician playing for The Matadors, a Czechoslovak rock band riding the cultural explosion of the late 1960s. Hladík left the band after the Soviet invasion in August 1968, soon joining Blue Effect with bassist Jiří Kozel, guitarist and vocalist Vladimír Mišík and drummer Vlado Čech. The era of standardization forced the group to use the Czech equivalent name of “Modrý efekt”. In 2013, Hladík explained to Radio Prague the meaning of the group’s name – a special document exempting men from compulsory military service.

“In the first line-up in 1968, we all had ‘blue books’. This meant that we were spared having to enter the military for two years. We always said that meant we were two years older than everyone else. “

The band’s first studio album was released in 1970. Called “Meditace,” more than half of the songs were written or co-written by Hladík. A total of nine studio albums have been released by the band as well as a number of live albums. Hladík has also released albums in collaboration with other artists, for example “Voliéra” from 1996, an experimental work with Czech guitarist and composer Dagmar Andrtová-Voňková. Blue Effect itself was disbanded in 1990, but was relaunched again in 2004, with Radim Hladík embarking on a busy touring schedule until his sixties.

Personalities from the Czech cultural scene paid tribute to the late guitarist. Czech rock singer Michal Prokop described Hladík as one of the greatest figures in Czech music, adding that he remains a warm and down-to-earth person. The Czech Culture Ministry also reacted, noting on its Twitter page that the loss of Radim Hladík will be felt by the entire Czech cultural scene.