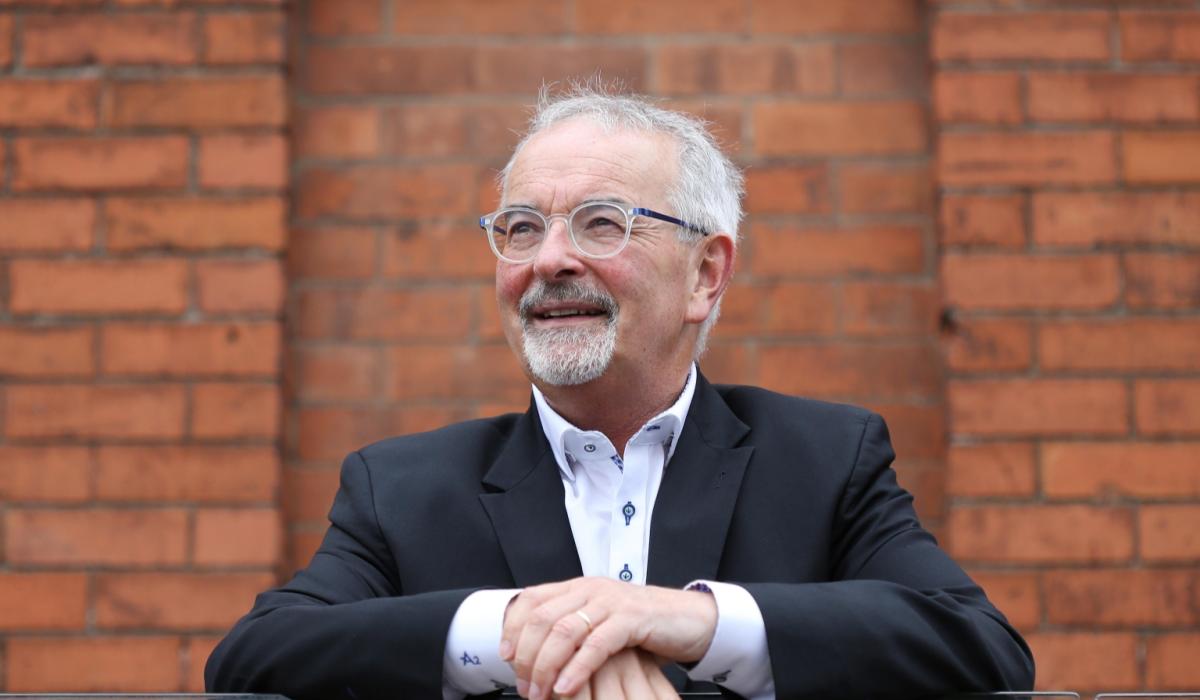 Donegal man Dónal Doherty has been awarded an honorary MBE for his services to music in Northern Ireland.

Originally from Moville, Dónal now lives in Derry and is the artistic director of the Derry Choir Festival.

Speaking after the announcement, Dónal said: “I am absolutely delighted to accept this award on behalf of everyone involved with the City of Derry International Choir Festival, the members of Codetta Choirs and the many wonderful colleagues with whom I have worked over the years in connection with music and musical creation.

“It has been and continues to be a privilege to share the joy and transformative power of music and song with so many people.”

Dónal is the artistic director of Codetta Choirs. His love of choral music was nurtured as a member of the Schola Cantorum at St Finian’s College Mullingar and later at University College Dublin.

He was Director of Music at St Eugene’s Cathedral from 1982 to 1996, and in 2013 was appointed Director of the Music Promise initiative, a key part of the UK’s inaugural City of Culture program at Derby.

The same year, he founded the City of Derry International Choir Festival.

A joyful celebration of all that choral singing has to offer, the annual festival features concerts by world-renowned vocal groups, competitions for choirs, workshops and educational events for singers and conductors, as well as community concerts and choral trails at iconic venues in and around Derry.

Since its inception, the festival has engaged more than 10,000 singers from six continents around the world.

His international award-winning Codetta Choir was formed in 2001. Since then they have earned a reputation for choral excellence, including winning the Fleischmann Trophy first prize at the Cork International Choral Festival in 2017.

Codetta has given numerous concerts nationally and internationally, including in the United States, Italy, Spain, Czech Republic, Norway, Slovenia and Switzerland.

Past highlights include two prom performances at the Royal Albert Hall in London, Last Night of the Proms in Belfast and a special guest choir for BBC Sports Personality of the Year 2015, which was broadcast live to audiences of over eight million viewers.

In May 2016 Codetta performed with Barry Douglas and Camerata at the Kennedy Center in Washington.

Since the announcement of the prestigious honor, hundreds of sincere and warm congratulatory messages have been sent to Dónal from all over the world.

Fiona Crosbie, Festival Director, said: “The outpouring of messages is testament to the fact that his life dedicated to excellence in music and his inspiring contribution to choral singing have traveled far beyond city walls and touched the lives of so many people. , from afar.”