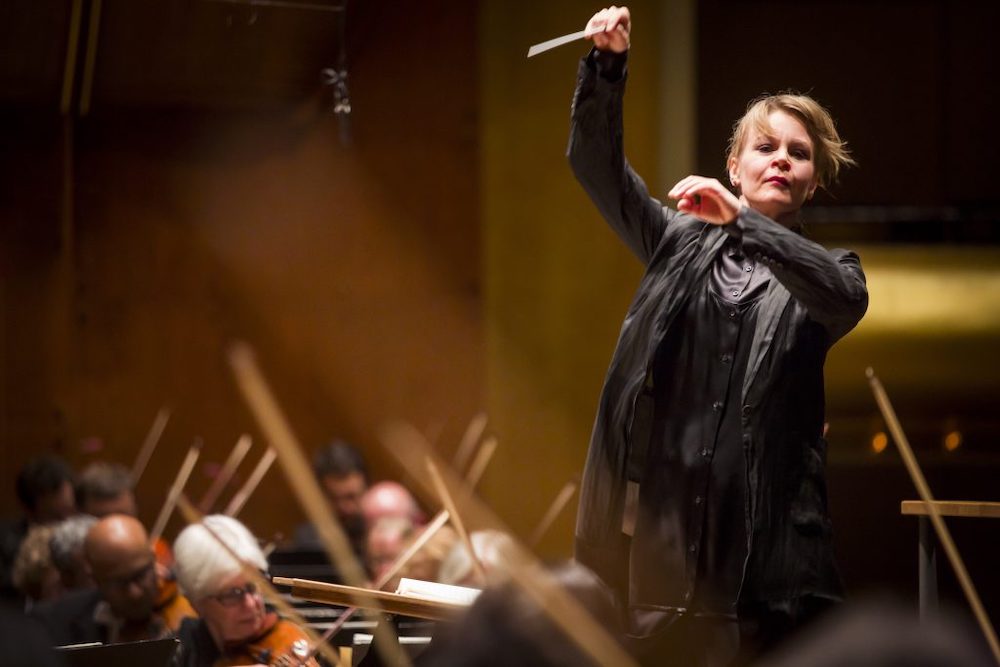 The Edinburgh International Festival has announced the program for this year’s event. The festival is now in its 75th year and runs from August 5-28. More than 160 shows will be presented in 14 venues across the city, with a program covering music, theatre, dance, film and lectures, as well as a selection of free events. This year is also Fergus Linehan’s last as festival director before Nicola Benedetti takes over in October 2022.

The musical program includes a variety of events across classical, opera, traditional, jazz, rock and pop. There will also be a series of events called Refuge, created in collaboration with the Scottish Refugee Council, to explore themes of refugee status, migration, identity and inclusion. The series also pays tribute to the festival’s first artistic director, Rudolph Bing, a war refugee in Europe.

Classic
On August 18, the London Symphony Orchestra will give a concert under the direction of Sir Simon Rattle including the world premiere of the new piece by British composer Daniel Kidane Precipice Dances, co-commissioned by the festival. Chineke! Chamber Ensemble will perform at the Queen’s Hall in Edinburgh on August 12 with didgeridoo virtuoso and composer William Barton. The concert will feature the European premiere of Barton’s play The Motherland Uprising as well as a selection of works by Mendelssohn, William Grant Still, Valerie Coleman and Deborah Cheetham.

Egyptian soprano Fatma Said makes her European festival debut with pianist Malcolm Martineau in a filmed performance featuring works by Mozart, Lorca and Falla. The performance is free and available on the festival’s YouTube. Also on the classical music program, a performance by the Philadelphia Orchestra with conductor Yannick Nézet-Séguin and violinist Lisa Batiashvili who will perform Florence Price’s First Symphony – which, when it was created in 1932, was the first piece of ‘a black woman composer performed by a great we orchestra. There will also be an intimate morning recital series at Queen’s Hall which will feature mezzo Anne Sofie von Otter with American string quartet Brooklyn Rider (10th) and Golda Schultz accompanied by pianist Jonathan Ware in a program that explores his wife favorite composers (XVII).

Traditional, folk, jazz and indie
Martin Hayes and the Common Ground Ensemble will perform at the festival on August 16. The group is Hayes’ latest project and includes musicians from a variety of genres, including pianist Cormac McCarthy, cellist Kate Ellis, guitarist Kyle Sanna and bouzouki, harmonium and concertina player Brian Donnellan. On August 18, early music performer Jordi Savall and his ensemble Hespèrion XXI will perform The Book of the Science of Music – an 18th century music program from the Islamic, Sephardic and Armenian traditions of Istanbul.

Commenting on his last festival as a director, Linehan said:

2022 is a special year for the Festival. We hope it will mark a turning point in the pandemic that has turned all of our lives upside down for the past two years. It’s our 75th anniversary and an opportunity to pay tribute to our first artistic director, Rudolph Bing, a war refugee in Europe. And this is my last year as director of the festival as we pass the reins to a new generation. Edinburgh is more than a collection of shows, it’s the great annual meeting place for artists and all those who love music, theatre, dance and literature. We hope you will join us again for this unmissable party.