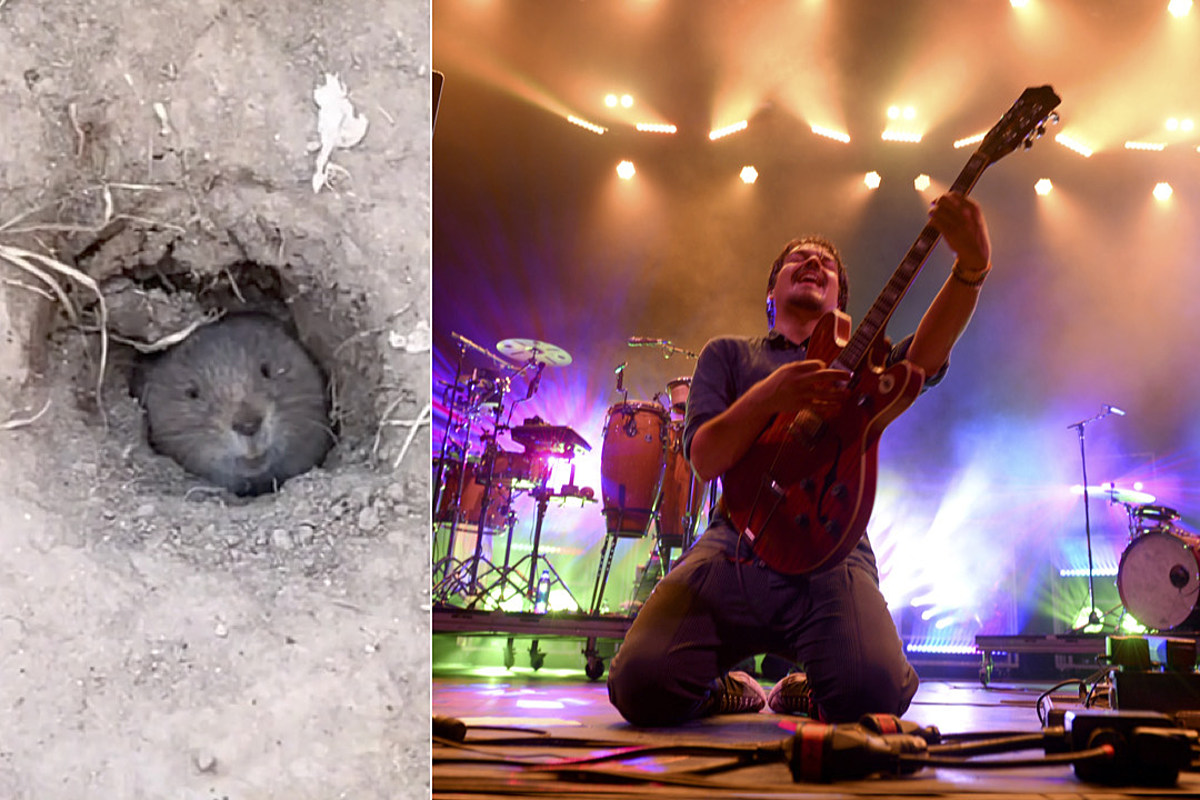 A gopher appears to have dug to the surface to enjoy a musical performance alongside fellow attendees at this year’s OpenAir St. Gallen festival in Switzerland. The pocket-sized rodent was spotted attending a concert by German electro-indie rock band Milky Chance (pictured above) and their recent hit ‘Colorado’ at the July 3 music festival.

The animal is called a mole in the viral video which captures the viewer on the ground. “There was a special guest at Openair St. Gallen,” adds music fan Daniele Gugliotta alongside the clip on TikTok, which is approaching 10 million views. It is also gaining traction on Instagram. Gugliotta sells mole products with the image of the animal on T-shirts.

Watch the video at the bottom of this post.

But the animal appears to be a gopher rather than the European mole native to Switzerland, with the telltale large front teeth of the gopher and not the pink snout of a mole. Ground squirrels, moles, groundhogs and prairie dogs are all small mammals that burrow underground.

What would you do if you saw such a creature enjoying a festival gig alongside you? And this little guy did the deal of his life – he didn’t even have to buy a ticket. And he may be the coolest music-loving gopher since Caddyshack.

OpenAir St. Gallen, founded in 1977 and held annually just outside the Swiss city of St. Gallen, is one of Switzerland’s oldest open-air festivals. He returned this summer after missing the previous two years due to the COVID-19 pandemic. The 2022 lineup included English rockers Muse as headliners. Learn more here.

Track of the day: Marketa Irglová – “The season”