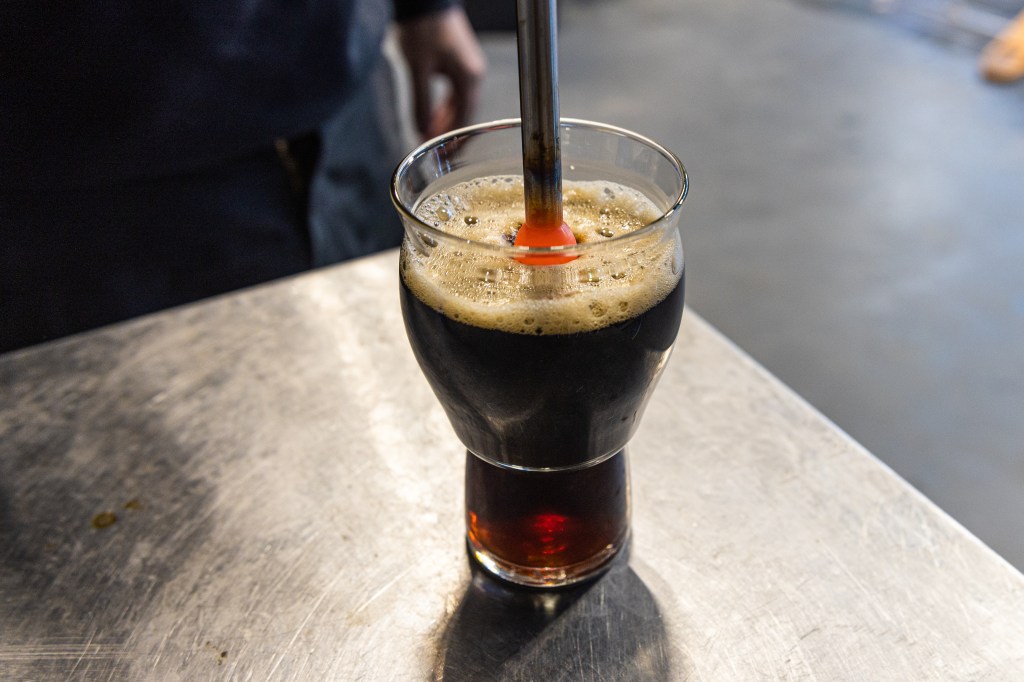 It’s the subject of many country songs and a major selling point in advertising campaigns and packaging: frozen beer.

But why do we insist on drinking beer “as cold as the Rockies”, even in the dead of winter, when the wind howls and temperatures drop? We avidly sip hot toddies, mulled wine, Irish coffees, and other comforting drinks – but never, never hot beer.

Three Colorado craft breweries want to change all of that.

If you are going to

Before you wrinkle your nose and say â€œEwwww, hot beer,â€ go ahead and try it at Primitive Beer’s first Hot Bierfest & Holiday Marketplace in Longmont, held in conjunction with Cohesion Brewing and WeldWerks. You might be surprised how much you love it. (Note that Primitive requires proof of COVID-19 vaccination to enter.)

â€œWe have a pretty narrow definition of beer, and it’s a little more exciting to try to open up that definition more broadly,â€ said Brandon Boldt, co-owner of Primitive Beer with his wife, Lisa Boldt. â€œWhen you taste many styles of beer, served hot in the right context depending on the season, it’s no jump. Taste it, I think you will like it.

RELATED: Colorado’s best winter stouts, porters, and beers to keep you warm while on vacation

Hot beer has long been popular in other parts of the world with cold climates – places like England, Belgium, Germany, Austria, and the Czech Republic. And, before the advent of refrigeration, most people drank room temperature or cellar temperature beer anyway.

â€œ(Cold beer) is definitely more of a modern incarnation of beer – it’s not better or worse, it’s just really fun going back on the story,â€ he said.

At this weekend’s festival, the three breweries are showcasing two different methods of serving hot beer. One is to brew hot beer with spices and citrus fruits, similar to mulled wine or cider. The other is to heat an iron or stainless steel poker over a fire until it’s red, then dip it in beer, which sizzles and foams. The hot poker method also creates new, complex flavors of caramel by burning off some of the sugars in beer, according to Boldt.

Hot beer isn’t made from a special recipe – it’s just regular beer that is then heated. But it forces brewers to think long and hard about the specific styles that lend themselves best to being consumed hot.

Primitive, which specializes in spontaneously fermenting beer – that is, a beer made only with wild yeast and bacteria floating in the air – is preparing its warm festival “GlÃ¼hbier” with a beer called Willfully Obtuse a sour, four-blend beer that has been aged on cherries and spent grape pomace. It is heated and served in electric carafes with honey, citrus fruits and spices.

â€œWe take a base beer that has good acidity and tannins, thus mimicking wine or cider, and use it as a base for the spices and heat,â€ Boldt said.

Are we going to start seeing hot beers on taproom menus across the Centennial State? Probably not, according to Boldt.

While all three of the festival’s staple beers will be available in their respective taprooms and select stores over the next few weeks, drinkers will need to reheat them themselves if they want to see what they’re all about. Boldt is hoping to be able to gift some hot poker beers to Primitive in the future, but he’s still working on the details.

And while beer served hot probably isn’t the hottest new trend in craft brewing (pun intended), it could become an annual holiday tradition on the Front Range. Boldt and his coworkers want more Colorado breweries to join in on this winter drink and participate in the festival next winter.

â€œWe try to revisit historical techniques and take inspiration from what has existed but has been forgotten,â€ Boldt said. â€œThere is just a lot to discover and unearth. There is something exciting to me about the rituals, about the stories, and about maintaining some of those traditions. There is something romantic about remembering much of what brought us here.

Subscribe to our new food newsletter, Stuffed, to get Denver food and drink news delivered straight to your inbox.

Maranatha to host the Great Lakes Music Festival | Around the city