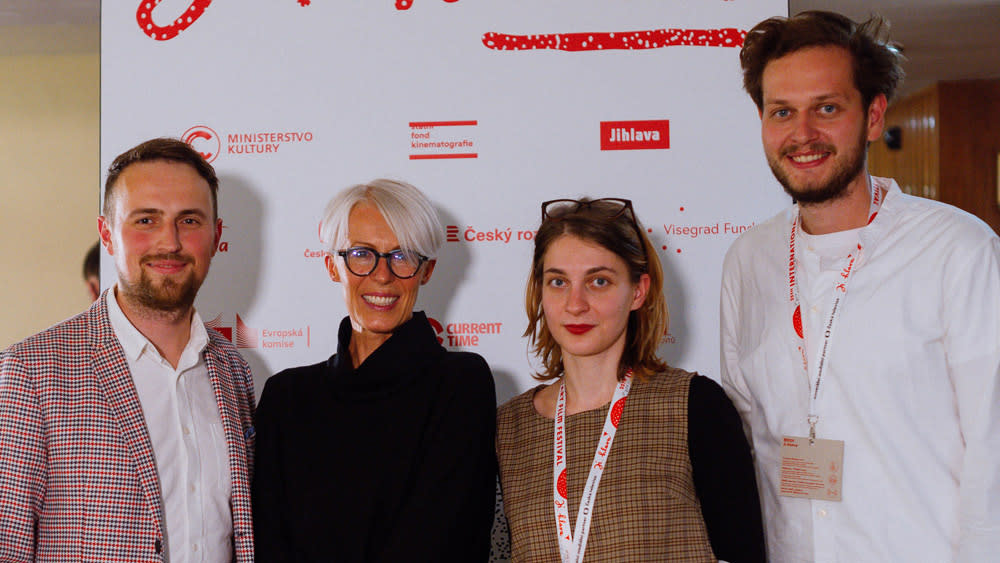 Stories of urban life under pressure dominated the 25 Ji.hlava International Documentary Film Festival as the event ended on Saturday with the top honors of Slovak director Barbora Sliepkova for “Lines”, described by the jury as “exceptional” approach to show how “beauty, privacy and space are linked “in the midst of contradictions and social and economic connections.

A special mention in the main competition was awarded to “When You Are Near Me”, a look at the deaf and blind lives of Italian director Laura Viezzoli, which the jury, including Syrian writer and filmmaker Orwa Al Mokdad and Romanian producer Anamaria Antoci, honored. for his explorations of â€œsensitive and intimate spaceâ€.

The awards for crucial work unrealized this year went to Mexican director Tin Dirdamal for editing “Dark Light Voyage”, while the cinematography award went to Barbu Balasoiu for “You Are Ceausescu To Me”. Sound design winner Michal Horvath won the award for his creation of an â€œurban symphonyâ€ of sound and music in â€œLinesâ€.

Chinese independent documentary filmmaker and festival organizer Rikun Zhu took home the honors for his novel approach to his story of a young Maoist artist who dreams of a better life in New York City, “No Desire to Hide”.

Director Andrei Kutsila also received a Special Mention for his burning look at the repression of protesters in Belarus, “When Flowers Are Not Silent”.

The award for best film from Central and Eastern Europe went to Romanian director Sebastian Mihailescu for his ironic treatment of recent history â€œYou Are Ceausescu to Meâ€, as well as a prize of $ 3,652.

The documentary “Heaven”, chronicle of disabled children in a Chinese village, directed by the duo Adela Spaljova and Tomas Etzler, won the festival’s audience award, beating some 120 films in competition, 64 in world premieres and 36 as an international or European preview. .

As the festival now enters its two-week online phase, ending live screenings in the historic Czech town, once the home of Gustav Mahler, local audiences will now see award-winning films, including competition champion Czech Joy “Brotherhood”, a Bosnian pastoral family. microcosm of the Italian director based in the Czech Republic Francesco Montagner.

The jury of the Testimonials section, focused on the themes of change and crisis, awarded first prize to “How to Kill a Cloud” by Finnish director Tuija Halttunen, a look at the ethical dilemmas brought to light by the work by meteorologist Hannele Korhonen.

Czech doc maestro Jana Sevcikova, known for carefully crafting lush and incisive films she has worked on for years, ranging from persecuted Russian Christian cults to the aftermath of the 1988 Armenian earthquake, won the Contribution to Cinema Award global. Speaking at the closing gala at the DKO Cultural Center, amid the lights and cameras of a Czech TV show, Sevcikova confessed that she was on the verge of tears as she paid tribute to her ingenious cameraman Jaromir Kacer “for being with me all this time.”

The Silver Eye Award for Best Feature Documentary of the East Silver Market, awarded by the Institute of Documentary Film, went to director Sasha Kulak for “Mara,” while “Sounds of Weariness” won the Short Award. footage and special mention went to Vadim Kostrov’s “Orpheus”, a look at cinema in modern Russia.

Each winner received an original work of art by digital innovator Federico Diaz, a graphic representation of words based on their emotional context – an appropriate award for a festival that has long embraced the experimental work, debate, films of essay, graphic art and sound design with films that filmmakers themselves often say they are surprised to learn are considered documentaries.

Streaming of the Fest runs until November 3, offering access to over 100 films in Czech territory, as well as interviews with filmmakers, tips and discussions from the Inspiration Forum – which includes speakers involved in the social movements and innovation – and a master class with Russian director Vitaly Mansky, also awarded a Testimonies jury prize for “Gorbachev.Heaven”, his doc on the daring former Soviet leader.

Winners of the 25th edition of Ji.hlava

Special mentions – “When you are near me”, “When the flowers are not silent”

Cinematography – “You are Ceausescu for me”

Original approach – “No Desire to Hide”

“You are Ceausescu for me”

“Entering and exiting a window”

“How to kill a cloud”