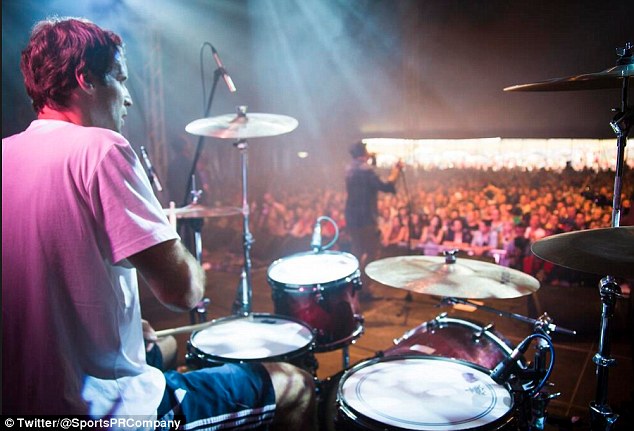 By Charlie Skillen For MailOnline

Petr Cech has been keeping pace with Chelsea for almost a decade, but he took it one step further last weekend by playing drums at a Czech music festival.

The Blues Stopper is a part-time member of local band Eddie Stoilow, and was in typically solid form as he paced the band’s cover of the Nirvana classic. Smells like Teen Spirit.

Cech performed in two shows over the weekend with the band at the “Rock the People” festival, and then addressed the delighted crowd.

Scroll down to rock with Cech

Keeping Up With The Beat: Petr Cech drums for local band Eddie Stoilow at the “Rock the People” festival 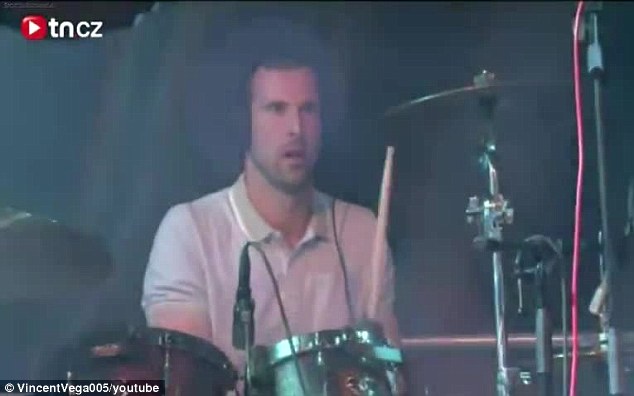 Rock beat: Cech performed in two concerts of the band over the weekend and took over Nirvana 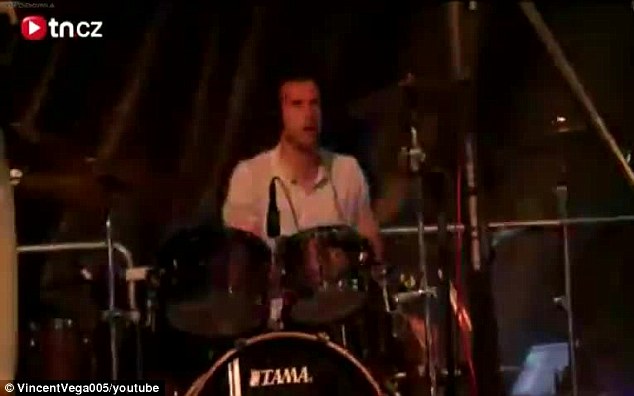 Cech is back in training with Chelsea this week ahead of the first season of Jose Mourinho’s second term at the helm.

He was Mourinho’s first-choice man between the sticks as the Blues won back-to-back Premier League titles in 2005 and 2006, and last week he revealed his enthusiasm for teaming up again with the Portuguese manager. 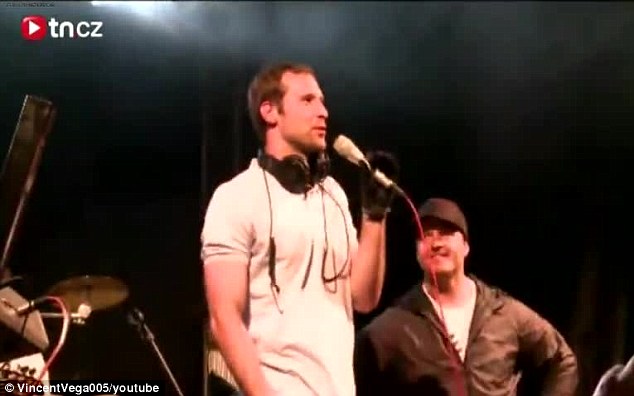 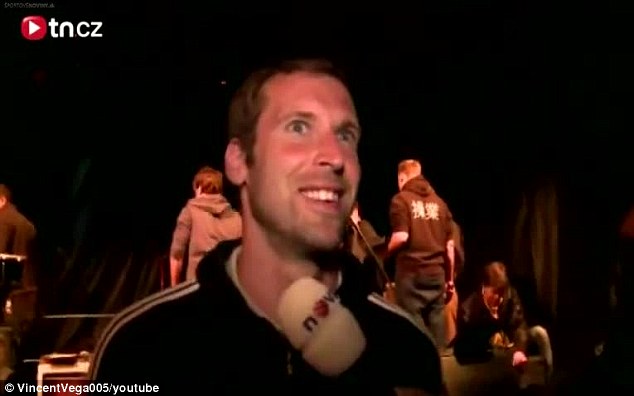 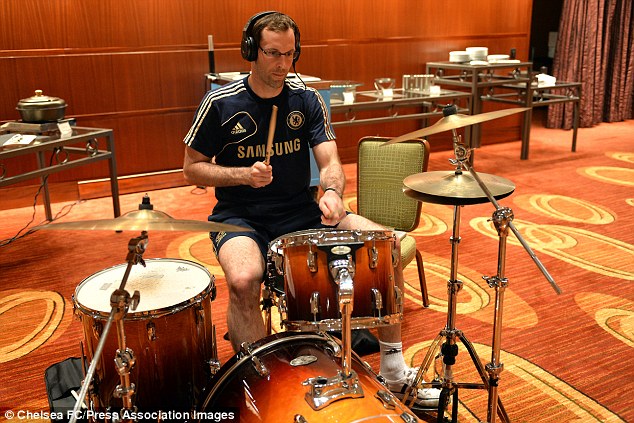 “I only have good memories of working with him,” Cech says.

“I’m happy that we can do it again together. He gave me the chance to be Chelsea’s No.1 at 22, to start the season ahead of Carlo Cudicini. It was then that my career at Chelsea really took off.

“I think Jose Mourinho will always make you see what he wants you to see. He knows a lot about his team. He knows how to talk to a player, to another player. He pays attention to the way he manages his team.