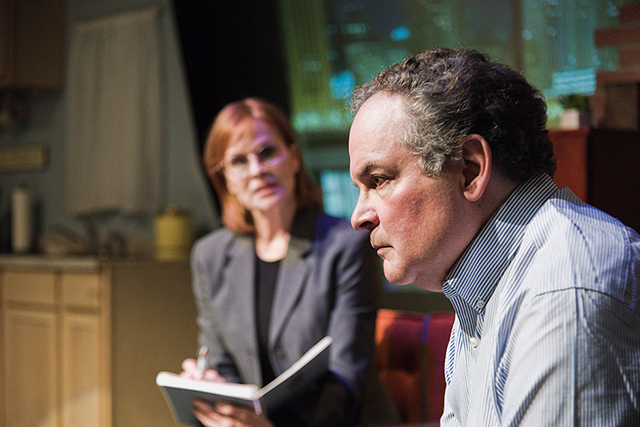 Pick of the Weekend: Last Chance to Catch “The Big Blue River”; Eugene Onegin at TMORA

Whether it’s a play, a piece of music or a painting, each work of art says a lot about a place. Often you can find out where the creator is from and based from a job. Then it is experienced by the audience in a particular place that is informed by the place and our own history of the place. What does the music of Czech composers Antonín Dvořák and Leoš Janáček reveal about the country they come from? And what does the music of Langston Hughes and Margaret Bonds tell us about Langston Hughes’ words about America as a place? Well, you can investigate that question if you catch Cantus this weekend. Or you can admire Russian composer Pyotr Tchaikovsky’s “Eugene Onegin”, based on Russian novelist Alexander Pushkin’s verse novel and ponder what this work says about Russia, while sitting in the Museum of Russian Art, which criticizes at the top of Russia. right now for his invasion of Ukraine.

There’s really no harm in visiting an event just because the venue it’s taking place in offers its own pleasures. Part of the appeal of The Big Blue River is going to see the North Garden Theater in its scenic location on W. 7th. If you visit Dreamsong Gallery, the delights of northeast Minneapolis await. Or, you could head to Icehouse or the Dakota, which, in addition to offering delicious musical performances, are warm and cozy places to spend an evening.

The article continues after the ad

This week is your last chance to catch “The Big Blue River,” a new play by Patrick Coyle about taking life experiences and turning them into creative output. It’s presented by Mariah Theater Co. at the North Garden Theatre, a small old cinema-turned-theatre on West 7th in St. Paul, complete with an antique marquee. The neighborhood is adorable, on the same block as the Center for Lost Objects (a fun gallery/shop that’s sort of a cabinet of curiosities), and Go Vintage, across from Keg and Case, and a block away of the white squirrel bar. The play centers on a therapist named Laura Grace (played by Gini Adams), who makes the ethically questionable decision to write a screenplay based on the stories of one of her clients, Frank (played by Jim Cunningham).

In the imagined room in the room, we see Grace herself in the story. We watch as Grace processes her own painful memories and traumas as she delves into the writing process. With video elements and a realistic setting, the intriguing idea game is worth a look. 7 p.m. Thursday, March 24 through Sunday, March 27 at the North Garden Theater ($20-35). More information here.

The artistic community across America reacted quickly to Russia’s invasion of Ukraine. Conductors and performers supporting Putin were rudely ousted, performances have been canceledand donors with ties to Russian oligarchs have been asked to leave his post as board members of prestigious institutions. Meanwhile, some of the most vocal opponents of Russia’s actions have been Russian-Americans living here in the United States

In Minneapolis, the Museum of Russian Art strongly criticized the invasion, showing solidarity with the Ukrainian people. On its website and social media, the museum said it “stands with the people of Ukraine and urges Russia to immediately cease hostilities and withdraw.” The museum also displays the colors of Ukraine on the exterior of its building. In other words, TMORA is not an institution you should worry about boycotting. She exhibits and collects works from Russia but also from other countries in the region, as well as emigrant artists, and maintains her independent voice.

This weekend, the museum co-presents with Skylark Opera Theater a new adaptation of Tchaikovsky Eugene Onegin, based on the novel by Russian writer Alexander Pushkin. No, you don’t have to deprive yourself of long-dead Russian masters just because of Putin’s actions. You can still show solidarity with Ukraine (TMORA lists several organizations to support on their website) and catch the satirical work on Russian bourgeois society with a new adaptation by Gary Briggle. The work stars Eric Smedsrud in the title role, under the musical direction of Carson Rose Schneider. Eugene Onegin runs March 25-27 and April 1-3 at the Museum of Russian Art ($60). More information here.

Paint your Friday night with gold leaf at the Icehouse this week, for an evening of excellent songwriting by Molly Maher and Dylan Hicks. Maher, whose music falls somewhere between blues and Americana, will try new things with the Gilded Quadriga (you know, a golden four-horse chariot, like the one in front of the Minnesota State Capitol). In this case, the Quadriga consists of Nikki Lemire on full scale harp, Erik Koskinen on electric guitar, Stephen Murray on bass and Richard Medek on drums. Next, Dylan Hicks performs with six-piece band The Small Screens, sharing work from their as-yet-unreleased album. Doors 5 p.m., show 8 p.m. Friday, March 25 at Icehouse ($15 advance, $20 show). More information here.

Judith Hill’s career rise came as a backup singer. In 2009, she sang with Michael Jackson at the start of his “This Is It” concert tour, and after his death garnered national attention for her performance at his memorial service. She’s performed with Josh Groban, John Legend, her songs have been featured in a Spike Lee movie, and she won a Grammy for her performance in 20 Feet from Stardom, a documentary about backup singers. Oh, and she also recorded her first album with Prince in Paisley Park. You might recognize Hill as a contestant on The Voice in 2013. These days, she’s been doing it solo, sharing her powerful voice and musicality with audiences. His latest album, “I’m Hollywood”, explores his personal journey through soul, funk and lyricism. 7 and 9 p.m. Friday, March 25 at The Dakota ($25-35). More information here.

The article continues after the ad

Cantus highlights two great artistic collaborations and friendships. One is between black songwriter and performer Margaret Bonds, who had a fruitful creative relationship with poet Langston Hughes. Cantus will sing newly discovered “Fields of Wonder,” written in 1963 and first performed at the Lincoln University Men’s Glee Club in 1964. They will also share works by Czech composers Antonín Dvořák and Leoš Janáček, who were friends and pen pals and had great influence on each other. Both composers wrote choral music in low voices and were inspired by Eastern European folk songs. 7:30 p.m. Friday, March 25 at Westminster Hall, 3 p.m. Sunday, March 27 at the Capri Theater and 11 a.m. Thursday, March 31 at Edina Colonial Church ($34, students $5). More information here.

Northeast Minneapolis Dreamsong Gallery opens two new exhibits this weekend. The first is “Infinite Beach”, with surreal paintings that are curious and curious. Objects and materials merge in a sometimes frightening way in these amorphous works. A group show titled “Moon Spiral Heart Attack” will also open at Dreamsong, hosted by Night Club, featuring Lee Noble and Emma Beatrez. The show features 11 up-and-coming artists from the United States, Canada, France and Argentina working in a variety of mediums, in search of a wacky new queer punk ethos. The opening reception is from 5-8 p.m. Thursday, March 24, with show dates through April 30 at Dreamsong (free). More information here.

MinnPost’s in-depth, independent news is available to everyone for free – no paywall or subscription. Will you help us keep it that way by supporting our nonprofit newsroom with a tax-deductible donation today?