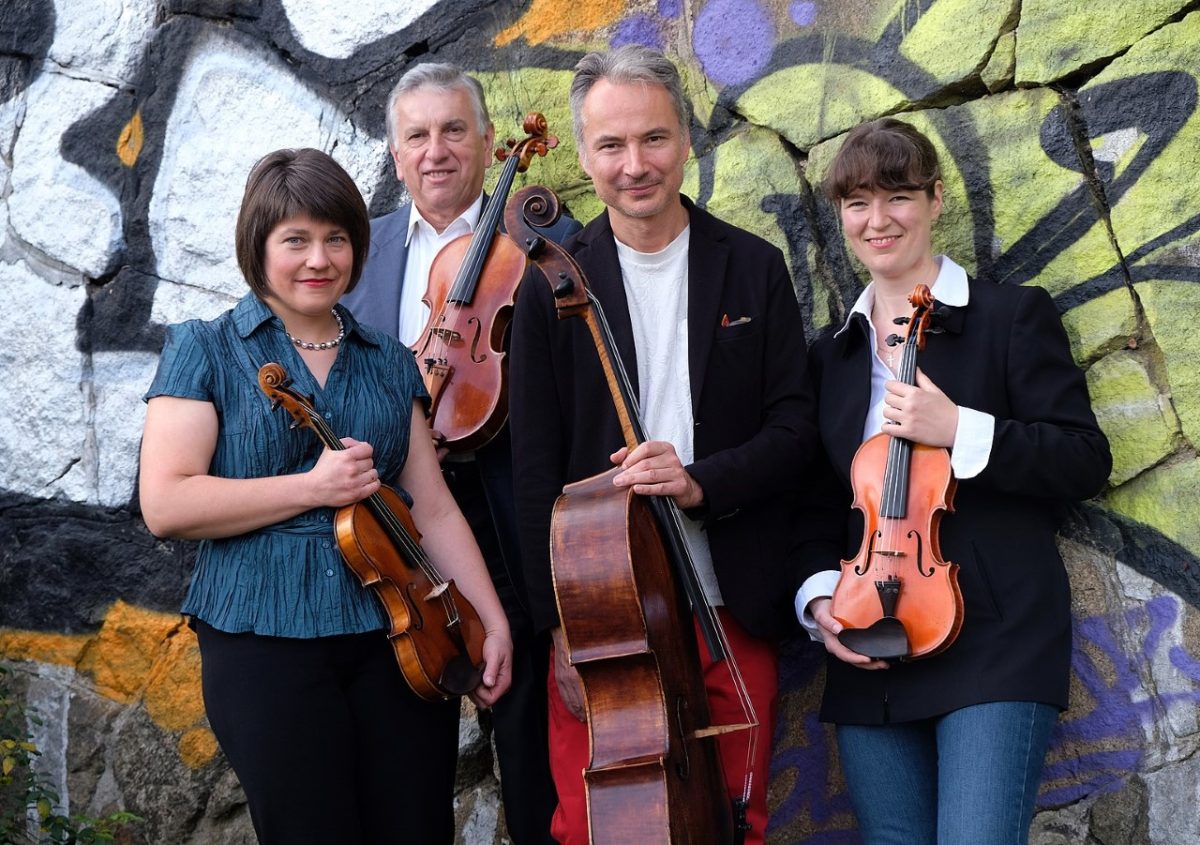 The PRAZAK Quartet presents a program of music by Czech composers at the Royal Pump Rooms in Leamington on Friday 25 February.

Ending with Dvořák’s last quartet Opus 106, the concert begins with the Meditation of his son-in-law Josef Suk. Next comes the first of Janáček’s two quartets, “The Kreutzer Sonata”, a work inspired by Tolstoy’s short story of the same name.

The other work on the program is a British premiere, Quartet No 4 by Karel Janovický. Born in Pilsen, Mr Janovický came to Britain in 1950 to escape communist rule, having spent his formative years under German occupation.

In 1964 he started working for the BBC and he headed the Czech department of the BBC World Service in the 1980s. He continued his life as a composer and was also involved in training singers, especially for l opera, in the Czech language.

Mr Janovický is now 90 and unfortunately cannot travel to Leamington to hear the Pražák Quartet perform their work, but he has performed at Czech music festivals in Leamington before. The Assembly Hall was used from 1940 to 1942 by the Czech Free Army Choir for rehearsals and over the past 30 years a strong musical connection with Czech music and musicians has become a feature of the art scene local.

Festival Director Richard Phillips said: “Karel Janovický and I are patrons of the Dvořák Society which does more than any other similar organization in promoting Czech composers.

“So it’s a real shame that Karel can’t be in Leamington for this premiere. Members of the Dvořák Society from across the UK will attend the concert and we expect the 2024 Leamington Music Festival to have heavy Czech musical content.

“Vilém Tauský, best known now for his time with the BBC Concert Orchestra giving weekly concerts for the Friday Night is Music Night programme, took many rehearsals for the Czech Free Army Choir in the hall of the Assembly.

“His Meditation on Coventry, written after visiting the ruined Coventry Cathedral after the November 1940 Blitz, was given in this series of concerts last November by the Jubilee Quartet.

The final concert will take place on March 25 when the Heath Quartet will include Janáček’s second quartet in its program along with quartets from Haydn and Fanny Mendelssohn.

To visit www.leamingtonmusic.org for tickets and more details.

facebook.com/Rugby.Observer
to get daily updates straight to your newsfeed.