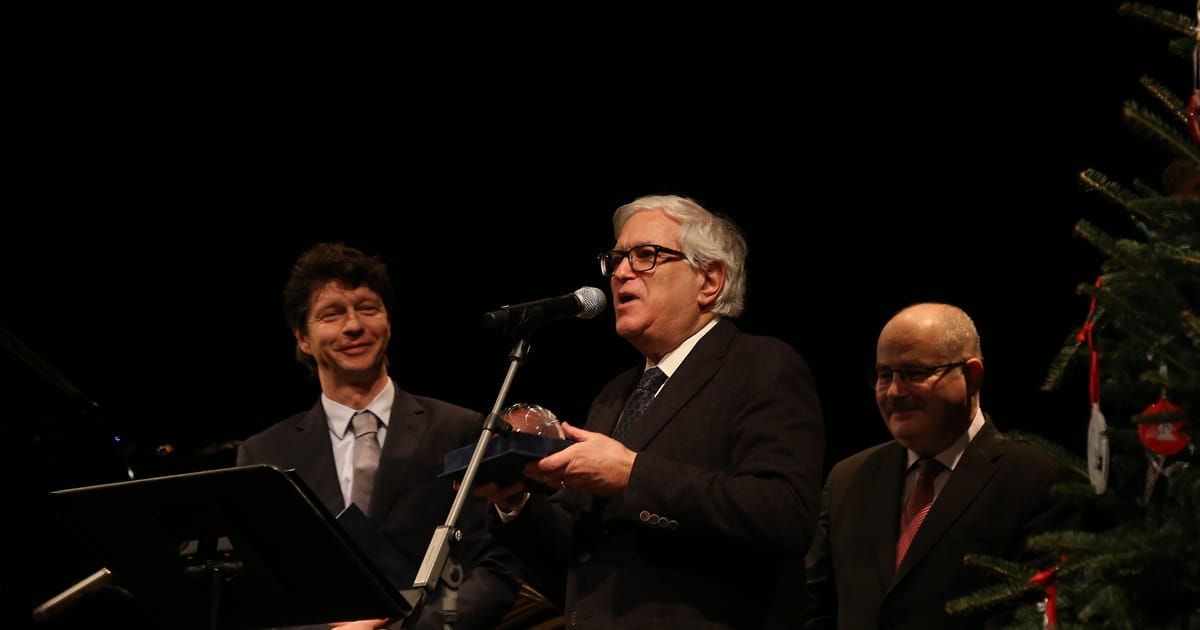 Although Professor Michael Beckerman does not devote himself exclusively to Czech music, it has become a lifelong passion. His deep understanding of Czech composers, his inspiring and provocative thoughts on the works of AntonÃ­n DvoÅ™Ã¡k, LeoÅ¡ JanÃ¡Äek, Bohuslav MartinÅ¯, as well as on more contemporary composers, opened the world of Czech music to millions of people around the world. .

Michael Beckerman is the author of six specialist volumes on Czech music and has written hundreds of articles on the greats of Czech music as well as on lesser-known composers. He actively promotes the so-called TerezÃ­n composers and is regularly consulted by the greatest American concert halls and opera houses (Metropolitan Opera in New York, Carnegie Hall, Lincoln Center, San Francisco Opera) when they stage works by Czech composers.

For his contribution to Czech musicology and the promotion of the works of Czech composers in the United States, Michael Beckerman received the Bohuslav MartinÅ¯ Foundation Prize in 1990 and the AntonÃ­n DvoÅ™Ã¡k Society Prize in 1991.

He was appointed honorary member of the Board of the LeoÅ¡ JanÃ¡Äek Foundation in 2003 and a year later he received an honorary doctorate from PalackÃ½ University in Olomouc.

If you had to list a few reasons why European classical music and Czech music in particular are so popular in the United States, what would they be?

â€œThere are several ‘Czech music’. One of them is simply the sum of all the works written by composers who identify themselves as Czech. audiences, and these constitute a good proportion of the works performed in this country. And these latter works are appreciated by the public because, although they come from the same fundamental source as the basic repertoire of Bach, Mozart, Haydn, Beethoven, Schubert, Schumann, Brahms, etc., they also present an aesthetic different that the public finds convincing. “

Tell us how you came to love Czech music so deeply. What sparked your interest in Czech composers?

â€œFrom an early age I loved Dvorak’s chamber music, but it wasn’t until I went to work in a record store around 1973 that I was widely exposed to Czech music. one of the sales people at Supraphon Records approached me with a problem. He had, he said, all these fantastic recordings, but no one could pronounce the names of the composers and no one knew the repertoire. ‘free recordings every month, I would listen and learn, and if I like particular recordings, try to sell them to my clients. This is how my “romance” began with MartinÅ¯ and MysliveÄek, Suk and NovÃ¡k, and many other composers. had become, at least according to my classmates, but not in my mind, an “expert” in Czech music. As they say, all it takes is a little knowledge to know everything. there is to know. “

In your opinion: are there any visible trends in the popularity of composing styles and composers that are now more popular than before?

â€œI don’t know how many reshuffles there have been in the last two decades or so. I guess the most notable change in my life has been the growing popularity of Janacek, almost unknown in this country in the 1950s, and whose chamber, and opera works are now part of the repertoire. I hope that composers such as KapralovÃ¡, Suk, NovÃ¡k, Fibich, JeÅ¾ek and many others will gain a place in the repertoire, and that the quality and traditions of Czech music will be respected and valued. “

Let’s look at the contemporary Czech music scene: is it difficult for music to reach a wider audience? For example, would you agree that there are no contemporary Czech composers who manage to have their music performed by the great opera houses in the United States?

â€œConsidering, and no disrespect is intended for them, that most audiences go to concerts for entertainment, and that much of contemporary music requires a good degree of patience and acclimatization, the relationship between new music and audiences can be problematic. I mean, not only is a piece heard for the first time as an experience, asking the question “is it worthy of our time” (which is not usually asked of, say, a Beethoven string quartet) , but often the idioms of new music can be difficult.

â€œThis is one of the reasons why perhaps the most popular new music style is, roughly speaking, minimalism. We can add to this the fact that “modern music” if so The good news is that there are many wonderful composers whose works could and should be presented to American audiences, such figures as Ivana LoudovÃ¡, Viktor Kalabis , Petr Eben, MiloÅ¡ Å tÄ›droÅˆ, JindÅ™ich Feld, and the list goes on. Whether there are any contemporary Czech operas that could or will appear at the Metropolitan Opera or other major New York houses is an open question, but I have seen a fascinating production of “South Pole” by Mirek Srnka at the Munich Staatsoper, and political “AleÅ¡ BÅ™ezina” the chamber opera Zitra se bude / Tomorrow the people will be, is a deeply moving production. “

What can Czech cultural institutions and artists do to gain visibility in the United States and around the world, beyond the traditional Czech music giants of the past?

“That’s a tough question. I guess it probably requires a combination of ‘home court’ and ‘outside court’ and provide a ‘safe harbor’ where performers and composers feel comfortable. , concerts or other types of artistic events, featuring an entirely new Czech repertoire, will play a role in the process. But it is also important to try to get pieces from Czech artists scheduled in concerts and events outside the Czech sphere, to coexist and even “compete” with other works. I think the same is true for those who are trying to advance research on Czech music. To have specialized publications c ‘ is fine, but we must also try to place our work in elite international journals and presses.In the end, we are fortunate to have the Bohemian National Hall and Czech centers around the world as our ‘safe ports’ to showcase Czech culture, but the job isn’t done until we also take our creations on the road. “

How do you feel about receiving the prestigious Gratias Agit Award?

“I’m not about to write a syrupy memoir titled ‘Czech Music is My Life’, but Czech music has been one of the most important strengths in my life. I cherish the personal sounds and connections who are now part of my life.through my study of personalities such as Janacek, Michna, DvoÅ™Ã¡k, Gideon Klein, MysliveÄek, KapralovÃ¡, MartinÅ¯ and Pavel Haas; my personal contacts with talented artists like Petr Eben, Rudolf FirkuÅ¡nÃ½y, Jarmil Burghauser , Boris Krajny, Michael PospÃ­Å¡il, JiÅ™Ã­ BÄ›lohlÃ¡vek, Martin Kaplan, PepÃ­k Fiala and Jaromil JireÅ¡; and all the many people and organizations who have helped me along my journey, in particular Alena NÄ›mcovÃ¡ and Oleg Podgorny from ÄŒeskÃ½ hudebnÃ­ fond. Honestly, I think I should be the one to award prizes to my dear Czech colleagues for making my experience on this trip so incredibly rich. And in the end, I hope this great honor, rather than me allowing me to sit still and say “job well done” will encourage me to continue my work around Czech music and culture. with even more energy and dedication. “

Frohe weihnachten, all of you. Tomball hosts Texan-German Christmas festival

Country and Czech music festival kicks off at Moravian Hall