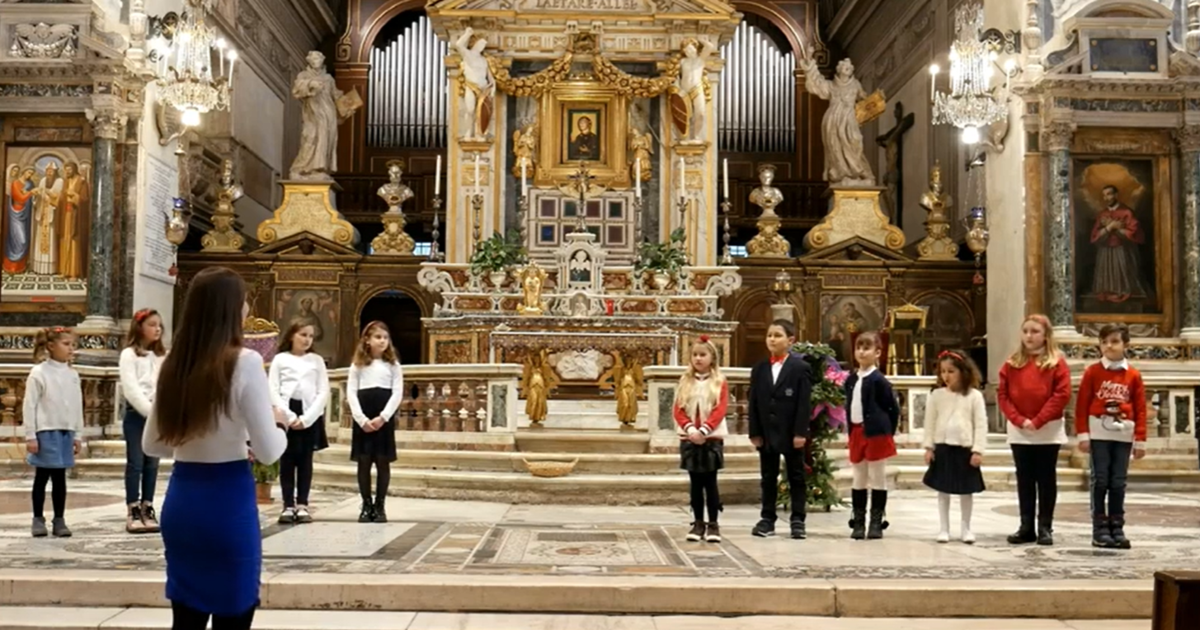 Christmas is just around the corner and despite the coronavirus pandemic, preparations for the big day have reached fever pitch here in the Czech Republic. Czechs abroad who, in accordance with Czech tradition, also hold the main celebration on the eve of Christmas Day, are also counting the hours until the big family dinner of fish soup, fried carp and salad of potatoes, followed by a huge assortment of traditional Christmas cookies and long-awaited gifts.

Many people of Czech descent who live far from their homeland maintain these traditions as part of their Czech heritage by passing on the tradition of Jezisek, or the Baby Jesus bringing gifts, recipes for the best Christmas cookies, and carols. Christmas from generation to generation.

Czech schools abroad and various Czech organizations around the world play an important role in maintaining these traditions. Not only do they maintain knowledge of the Czech language, culture and history, but they also create a sense of unity between communities of Czech origin.

Many Czech communities abroad keep in touch through Czech cultural centers and the Czech Radio Expat Service – the Czech-language service of Radio Prague International, which regularly brings interviews of Czech expats, informs about their events and occasionally holds contests for them. The idea of ​​connecting expatriates through songs was born in Luxembourg, at the initiative of the folk ensemble MELIMELO which has an eight-year tradition, bringing together around 40 children and 10 adults. The competition was promoted among expatriates around the world by Ms. Eva Klosová. Thanks also to his efforts and enthusiasm, we receive entries from all over the world every year – performed by the youngest generation of Czechs or by people of Czech origin living abroad.

And while getting together to practice and record a Christmas carol is no small feat in the midst of a pandemic, they’ve pulled out all the stops to get their carol to us.

The Czech School of Pittsburgh sent us their recording of one of the most famous and beloved Czech Christmas carols – Štědrý večer nastal – Christmas Eve is here.

The Czech school without borders in London, which has more than two hundred pupils, also sent us an application this year. Last year, the school was forced to switch to online activities. This year the children were able to get together in the run up to Christmas and enjoy the Czech tradition of Saint Nicholas, the Devil and the Angel on December 5 who hand out small rewards to children who have been good and raise a finger warning to those who have misbehaved over the past year. This year, the Czech school in London sent us a popular Czech song called Pásli ovce Valaši.

The same Christmas carol came to us from Minnesota from a slightly older children’s choir. No less charming, as you can hear and very energetic!

A very big thank you to the New York Choir of Little Singers who sent another Czech favorite – a carol you’ll hear in every Czech home at Christmas – Půjdem spolu do Betléma – We’ll go to Bethlehem together. Recorded next to a beautiful bright and shiny Christmas tree at the Hall and Beer Garden. Well done NY!

The same song came to us from Luxembourg, where the folk music association Melimelo was only able to train with a limited number of singers this year. They recorded their video on December 11 as part of a small Christmas gathering and although not all members of the ensemble were able to attend, the Luxembourg video is traditionally high quality. A big thank-you!

And the same song from a small children’s choir singing in the classroom in Naples. Once again, a very big thank you for this message in a good mood for Christmas!

We received a very professional recording and performance from the Czech School in Rome thanks to the teacher Klara Boštíková and her choir who gave a concert at the Basilica of Saint Mary of the Altar of Heaven in Rome. Well done ! This interpretation of Den přeslavný warms the heart!

An application for the competition also arrived from Colombia. “The Covid pandemic is draining our strength and making it difficult for us to cooperate as we would like. But even so, we would like to participate in a small Christmas carol video. The choir is a bit smaller than last year, but they have tried and I think this kind of effort will help us not to lose faith. I hope that our small contribution will help Czechs all over the world to remember their compatriots in Colombia”, writes Eliška Krausová. No doubt about this Colombia – and Merry Christmas!

Only six singers in Calgary – but no less enthusiasm in their interpretation of Christmas is there! Merry Christmas to you Calgary!

A big THANK YOU to all the communities and choirs who took the trouble to record a Christmas carol and send an entry this year despite the obstacles that involved. I sincerely hope it has helped bring some good cheer to you this Christmas and spread good cheer among those who will listen and enjoy.

Listen to them and give your vote to the one you prefer. https://www.facebook.com/pg/krajanenet/videos/?ref=page_internal

Voting will close at midnight on December 27. Merry Christmas and God bless you. We leave you with a piano interpretation by a little pianist from San Francisco.

360VUZ collaborates with MDLBeast to host the biggest and loudest music festival: Soundstorm