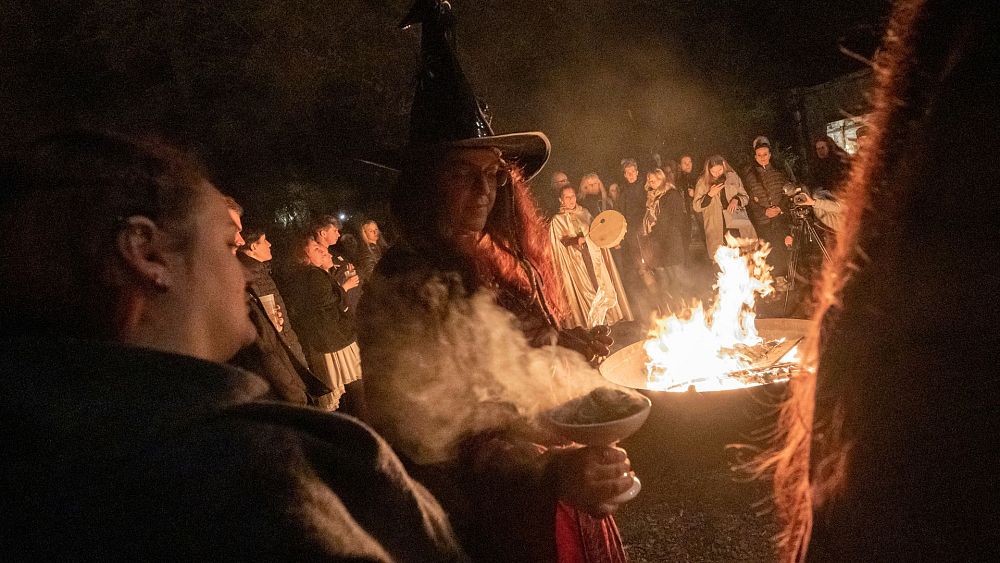 The tradition is to light bonfires and sing traditional Celtic folk songs to mark the arrival of spring.

Local variations of Walpurgis Night are seen throughout northern and central Europe, in countries including the Netherlands, Germany, Czech Republic, Sweden, Finland, Estonia, and Austria.

What is the origin of Walpurgis Night?

The origins of the ritual date back to pagan celebrations of fertility rites and the arrival of spring.

Traditionally, the celebration is a night to pay homage to the 8th century Saint Walpurga.

Walpurga, was an English-born nun who traveled to Germany to do missionary work under her uncle, Saint Boniface.

She was praised by Christians for having successfully warded off pests, diseases and witchcraft.

Walpurga is traditionally associated with May Day due to a medieval account of her canonization on that date in 870 AD.

Walpurgis Night is celebrated on the eve of the Christian feast day of Saint Walpurga.

In Austria, hundreds of people gathered at Plankenstein Castle in Austria this year for an evening of music, bonfires and dancing.

Watch the video above to see Austria’s Walpurgis Night celebrations

Karlštejn will host a beer festival on May 14